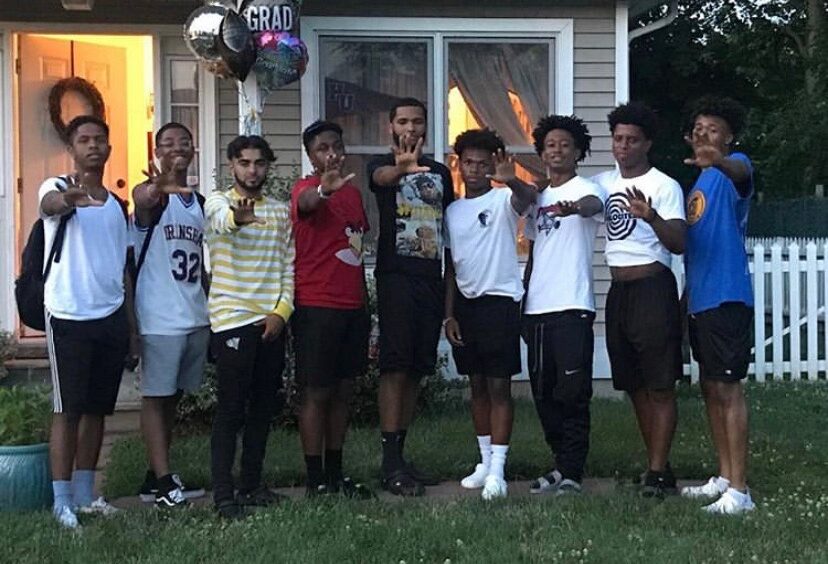 Samaad’s death was a tragedy but who would have known that so much positivity would come from it. His brother 🖐🏽 Terrod “FivesUpRoddy” decided to take it to another level and make music about those days and moments at the hospital and leading up to his burial. Three months after all of this he dropped his first EP, 5iveTapes PT 1 which is dedicated to Samaad. So much talent and positive things have come from Samaad’s legacy it’s amazing! In this blog post I decided to share the words of this very powerful song-

“What if he would’ve made it, what if we never put them candles on that pavement, what if they started shooting and his homies were adjacent, what if he had a plan to put the story down for maintenance, if I could go back in the days where it was playing sports and livin’ basic! Bring me back! If the crime black on black, and we going tick for tack, it won’t bring my brother Maady back, WE GOIN’ LIVE FOR YOU”

“It got different so it’s like that, people changing so it’s like that, never was the type that, would eat up all ya food and be surprised when you bite back, whenever it catch up to them they askin’ for they life back, shit I lost friends but I gained brothers, missing one but got the same others, calling Mom the same Mother, ever since we lost ’em kept the pistol so we feel smothered, never thought that day would come, I couldn’t trust my own cousin, can’t be actin’ stupid, the way I’m movin’ they think I’m foolish, but I’m movin’ ruthless and never jammed is what the tool is, but they just don’t get it they tell me chill, they tell me cool it, niggas on some Nike they killin’ niggas but just to do it, but they never had it bad they on the same clock, Lil money clean ya shirts, but wore the same socks, it’s a chain it’s goin’ keep going and it won’t stop, this a different grudge this something Imma never drop”

“You made another crowd for you, got another crown for you, always had the milds but now niggas smokin’ milds for you, swimming with the sharks but if you took me I would drown wit you, told me eveything, and still I never made a sound with you, put me in a pound witchu, skippin’ town witchu, never question loyalty you knew I was down for you, now you watching over me see now it’s like a cloud witchu, catch em’ when I catch em’ Imma catch em’ out of bounds for you, now watch m my back, Ion watch over shoulders, people changing like the season it get cold as I’m older, and for you we bendin’ blocks the case gon’ close like a folder, never over LongLiveMaady, move in line like we soldiers, UH, but a lil brother something I can’t get back, always askin’ bout success and how get that, paranoid 10 toes now I can’t lack, LLM OT5 that’s my new tatt”

“They thinking that they got they points up, shit will never sit heaven sent, weapons gripped comin’ straight from the government, never say my moves I just list and then I number it, how they catch you lackin’, shit that don’t sound like you, just a simple text or call we spraying hella rounds for you, praying on the ground for you, just to hear ya voice just wanna hear a verb or noun from you, this life wasn’t bound for you, Ya presence in this chain and in fact it will remain on it, picked up the obituary hurt to see ya name on it, shirt just looking down at me in fact I put a frame on it, bullet has a name on it, but it ain’t take the blame on it, Maady why you leave me, you done left a nigga cold bro, now I’m always hot headed I’m heated like a stove Bro, God please forgive me if I see em’ Ima make a sin, angels from the heaven sent, so F**ck it Ima say again,

“WHAT IF HE WOULD’VE MADE IT, WHAT IF WE NEVER PUT THEM CANDLES ON THAT PAVEMENT, WHAT IF THEY STARTED SHOOTING AND HIS HOMIES WAS ADJACENT, WHAT IF HE HAD A PLAN BUT PUT THE STORY DOWN FOR MAINTENANCE, IF I COULD GO BACK TO THE DAYS OF PLAYING SPORTS AND LIVING BASIC, BRING ME BACK, IF THE CRIME BLACK ON BLACK AND WE GOIN’ TICK FOR TACK, IT WON’T BRING MY BROTHER MAADY BACK! WE GOIN’ LIVE FOR YOU” 🖐🏽💙